One of the advantages of Confluence is that its revision history supports audits: Each version of a page is always visible, comparable with other versions, and an earlier version can be restored, if required. There are many scenarios in which this functionality is useful, or even necessary.

But what happens with diagrams that are embedded in Confluence pages?

draw.io and Gliffy are the two most mature add-ons that support professional diagramming within Confluence.  But the difference in how diagram versions are handled is massive: draw.io supports full version control integrated with Confluence's version history, but Gliffy only has rudimentary version control within the diagram itself (not integrated with the version history in Confluence).

This is best demonstrated by creating a new Confluence page in which a diagram will be added.

The new page in Confluence immediately has a version history: 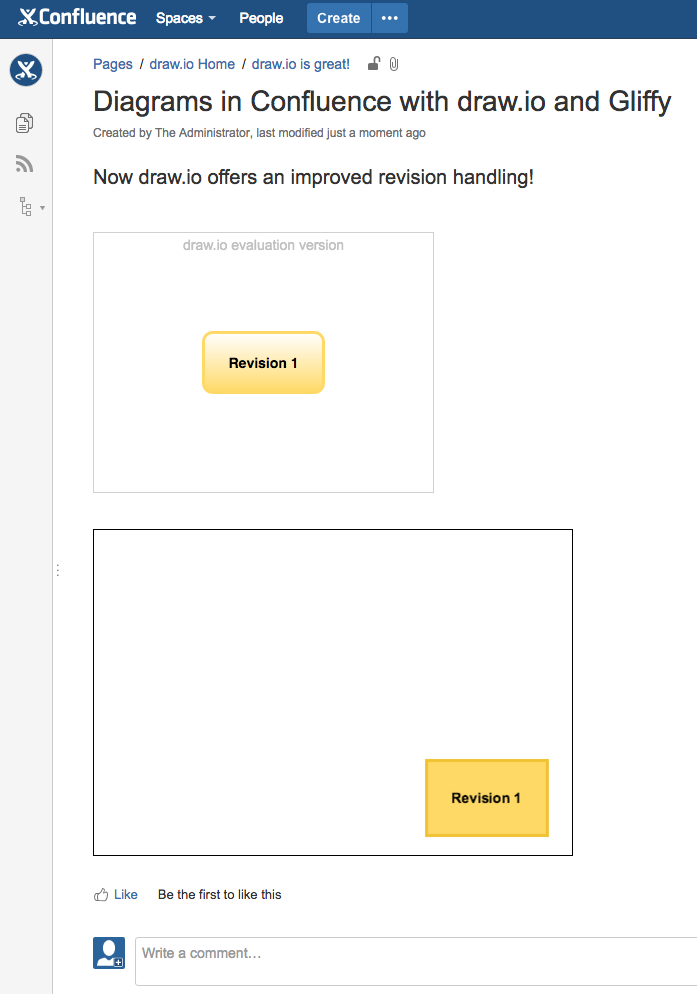 Adding a draw.io and Gliffy diagram to a Confluence page

Note that draw.io does not have an Edit button when in the viewing mode in Confluence (the toolbars in both diagramming tools are displayed on mouse-over). There is a simple reason for this in draw.io - the diagram is integrated into the page edit workflow so that each edit is versioned.

In contrast, Gliffy allows you to edit the diagram without editing the Confluence page. That means that each change to the diagram is not tracked in the revision history of the page. But worse, a new page version is never created when a Gliffy diagram is edited, whether the page was being viewed or edited at the time.

Finally, we will edit both of the diagrams within the Confluence page: 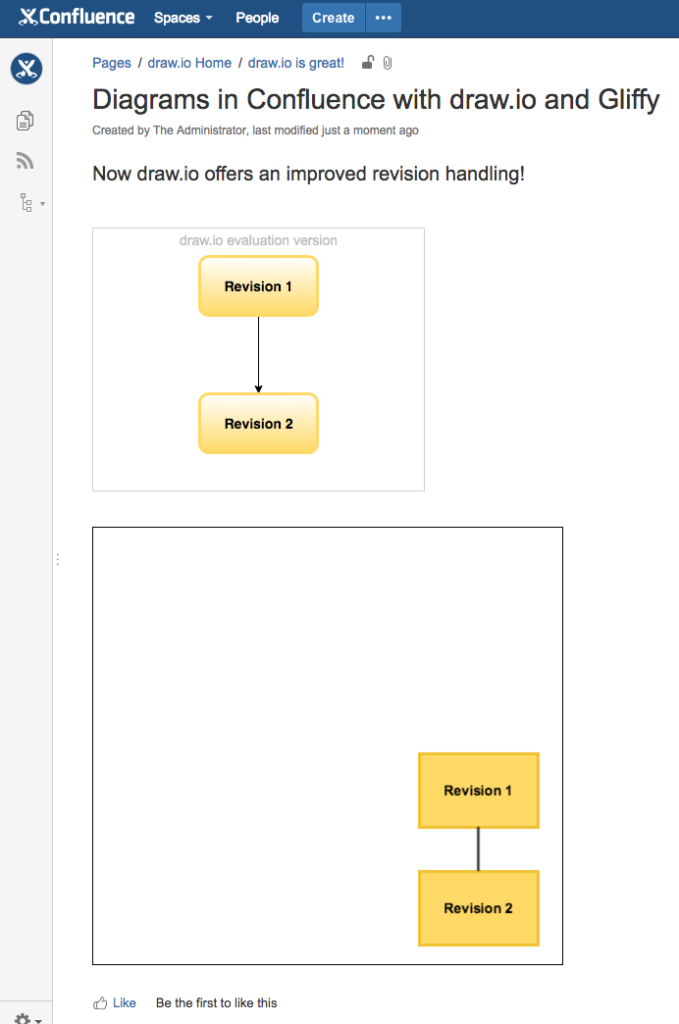 Edited both draw.io and Gliffy diagrams

We can see below that a new version was created.  But as mentioned, version 3 of our demonstration page was created purely by editing the draw.io diagram. If we had only edited the Gliffy diagram, no new version of the page would have been tracked. 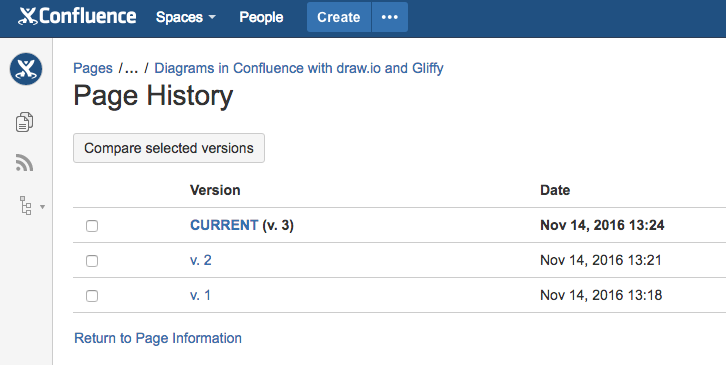 What does it look like when we look at version 2? We click on "v. 2" and see the following: 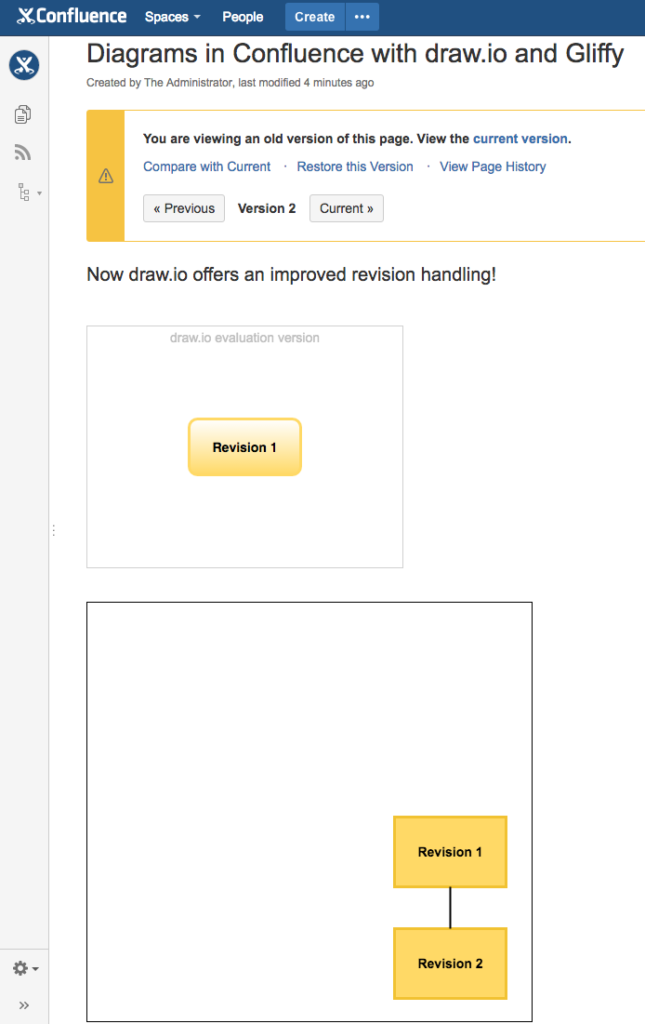 You can clearly see the difference between draw.io on the left hand side, and Gliffy on the right hand side: The draw.io diagram on the left is non-edited diagram (correct), but the right shows the most recent version of the diagram (from "v. 3").

With a draw.io diagram, all changes are visible as they are saved each time the page is saved. Changes are not only tracked, but earlier iterations can be previewed and with a mouse click, you can roll back to an earlier version.

With respect to transparency and traceability, being integrated with the Confluence's revision history, draw.io is much more advanced than any other diagramming tool.

If you want to learn more, you can test draw.io for free and without obligation in a Confluence or JIRA environment. JGraph and //SEIBERT / MEDIA have partnered to offer you the best technology and individual consultation and licensing from a single source. We are happy to assist you in the evaluation, licensing and adoption of draw.io — please talk to us!

Why draw.io is better than Gliffy
Diagrams in Confluence: Comparison between Creately and draw.io
JGraph und //SEIBERT/MEDIA are partners