This is a guest post from our colleagues and Linchpin partners from empulse GmbH in Cologne.

IntraNET.Reloaded Berlin 2017 is over. Our empulse colleagues had a few exciting days at the event with diverse discussions, talks and presentations. Almost 400 attendees discussed the "webification of enterprise communication" and examined the topic in detail. We were able to present Linchpin and Linchpin Touch, developed by our partner //SEIBERT/MEDIA from Wiesbaden, with great success. 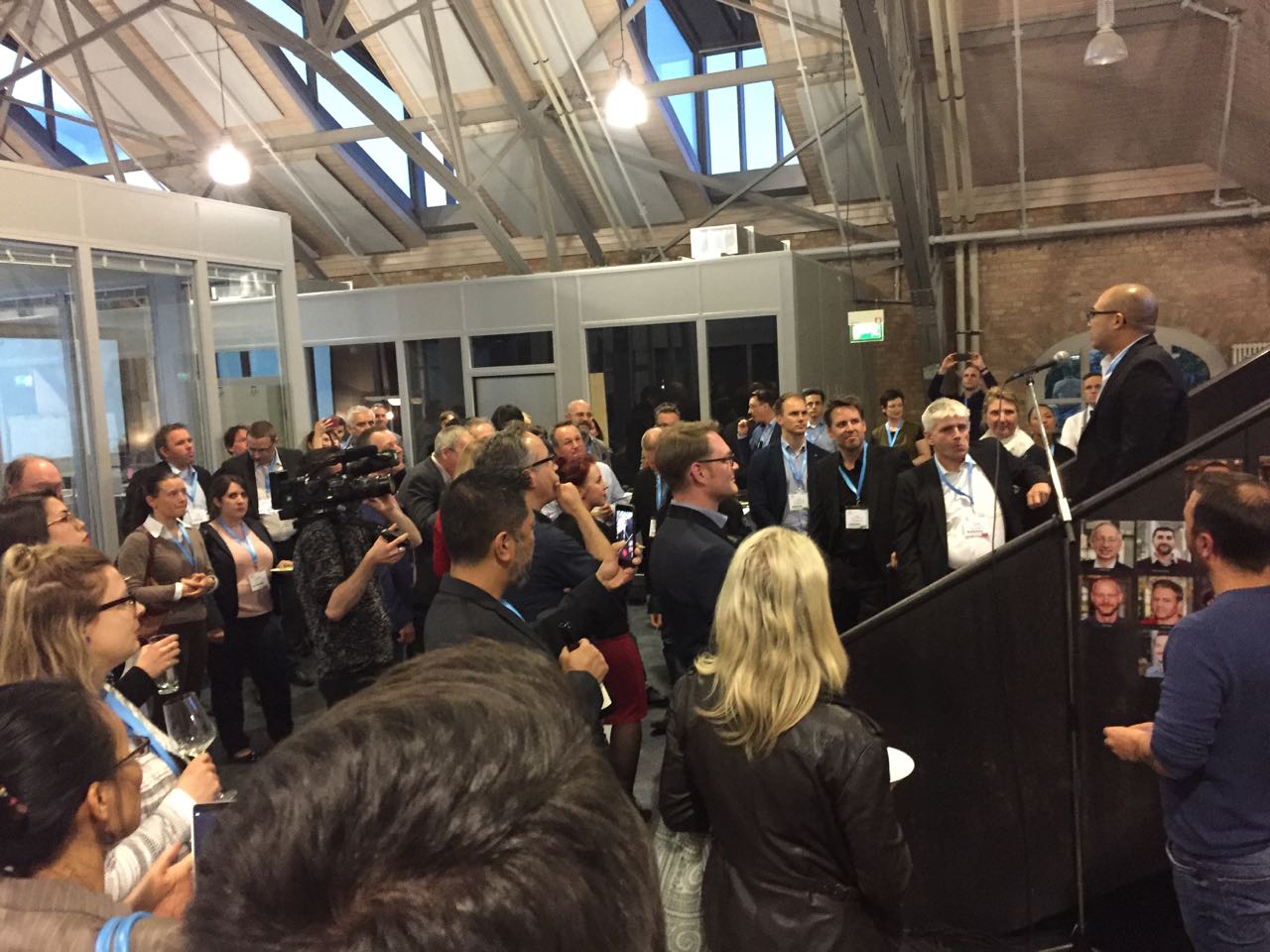 Icebreaker session at the MovingIMAGE office

After an interesting and exciting icebreaker session in MovingImage's modern headquarters, the conference program moved ahead at full steam the following day.

We are moving further in the direction of standardized software with as little adaptation as possible. Customization of applications is increasingly reduced to a minimum. While it is important to provide good usability for the end user, this alone is not good enough. Today, with faster release cycles and changes to integrated software, it is increasingly important to have access to good update capabilities. What do I gain from optimal user guidance and a customized layout, if I can't use the next major release from the developer? Or when I can, but only with an immense expense?

Therefore, it is of the utmost importance that the basic functions of the systems be simple and comprehensible. Linchpin helped us provide an excellent example where we could show that simplicity does not have to be burdened by good user guidance. In all of Linchpin's demos, the people were delighted by the simplicity in the editor's operation, and they also wanted this in their systems. 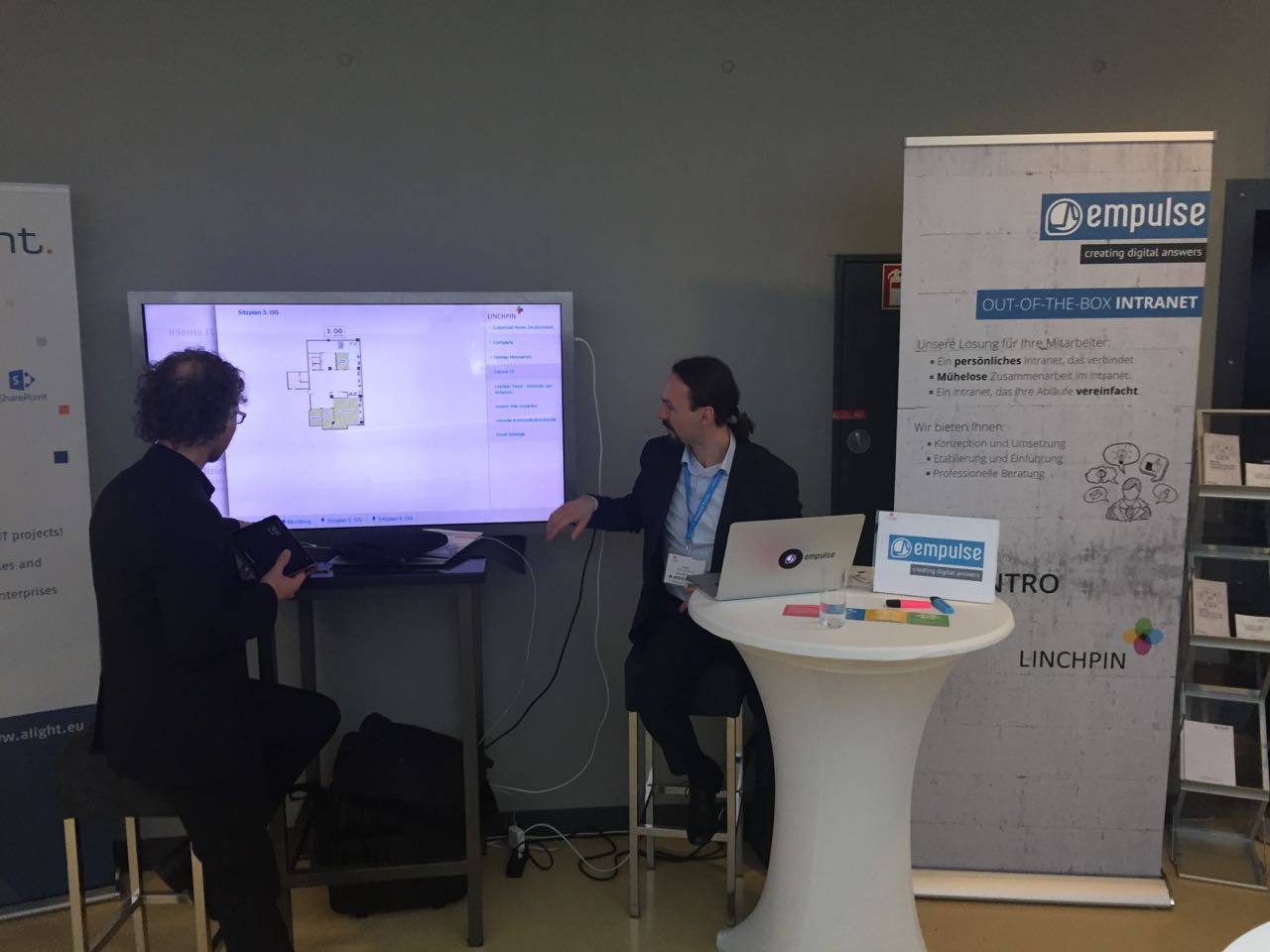 empulse stand with a touch screen and customer demonstration

Trending: Video in the company

The second major theme was video - certainly partly because of the sponsors (MovingIMAGE24, Kaltura and Qumu), but even without this background support, it was a hotly debated topic. Everyone agreed that video will become increasingly important in the future. However, the way in which customers use video varies greatly. Large companies are investing in professional productions for "high-gloss" content, but user-generated content - videos produced by employees - is becoming increasingly important.

Many start with a CEO video-blog to first gain the attention of users. But when employees were given the opportunity to produce material independently and make it available in the intranet, their content was well received and often used. Use cases are highly varied and and range from explanatory videos for software programs recorded as screencasts, to reports from trade fairs for employees that had to 'stay at home', as well as records of corporate or sporting events. The application is highly dependent on the individual creator, and should not be imposed.

For a technical solution supporting videos for internal use, the need for professional providers, such as MovingIMAGE24, is quickly becoming apparent: They have already solved the issues of security and performance and you do not have to worry about it. 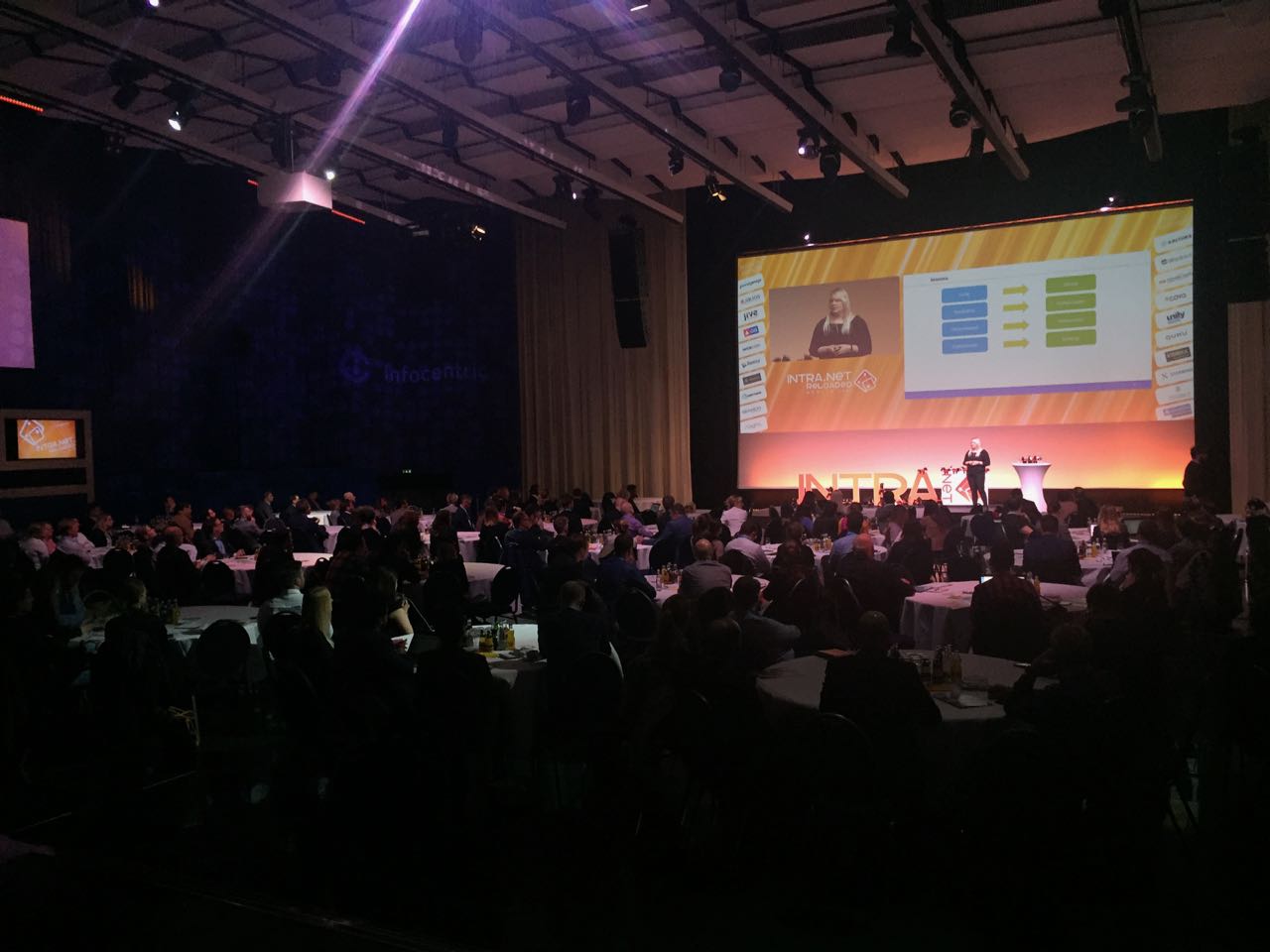 Rollout: Do not underestimate this!

As an important aside, I want to tackle the theme of rollouts. It is clear that the rollout of a new system is just as important as the implementation and integration. There is no point to craft a perfect system, and then hope that all users will look forward to using it. Resistance is a constant throughout the process of change. Because who is eager to move away from what is familiar?

It is extremely important that the rollout be treated carefully and thoroughly, and employees are included along on the way. This requires effort and should be planned well in advance. The energy released during this change can be then used productively and directed in the desired direction.

All in all, it was a very successful event with nearly 400 participants, with intensive discussions and desire to see this continue. We will definitely return next year and look forward to meeting you there. If you have any questions, simply contact us and we will gladly show you how modern social collaboration can help your company, with no obligations.