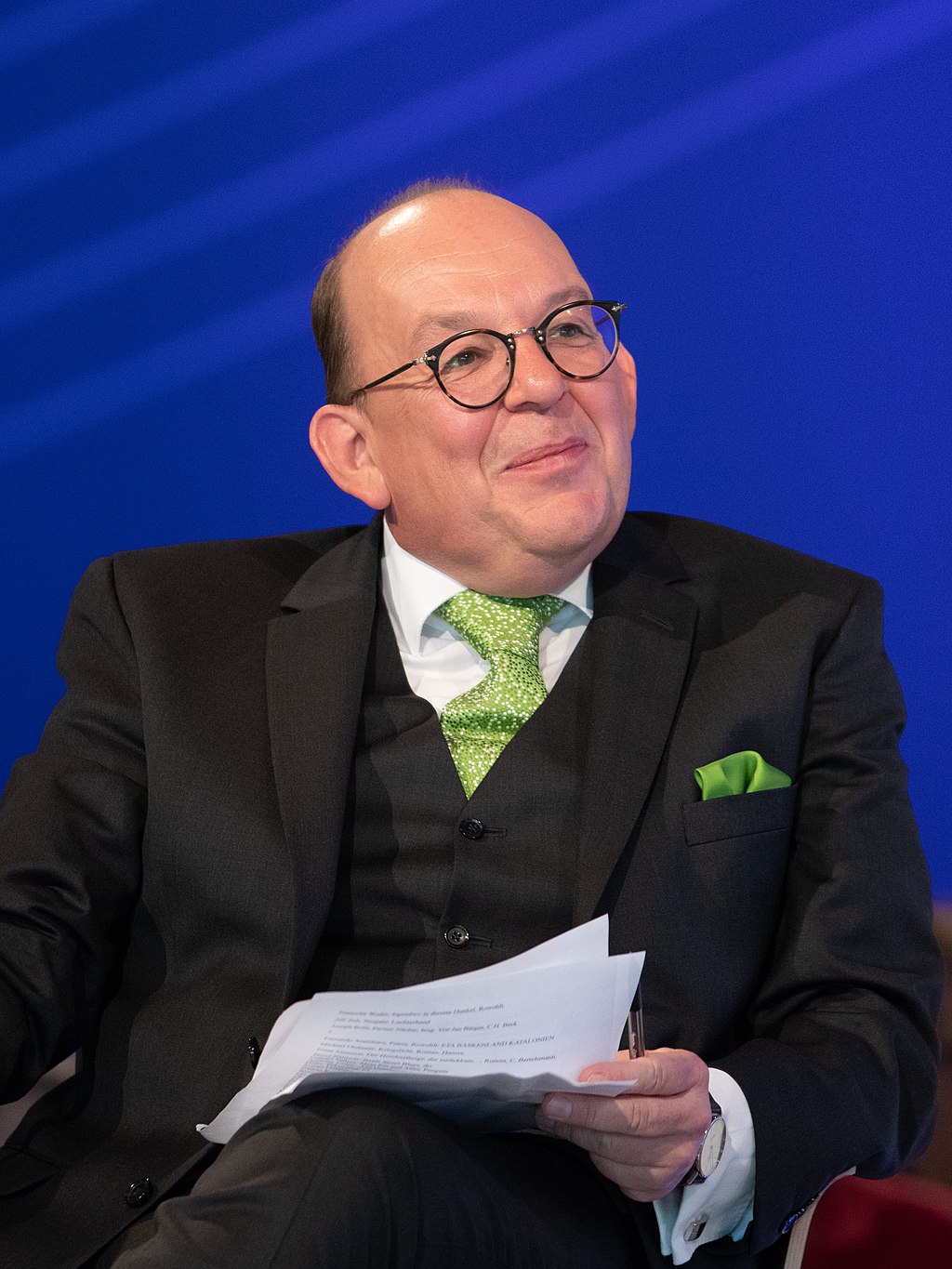 Do you know Denis Scheck? He's a literary critic who presents the German TV show Druckfrisch on the ARD channel. In one part of the show, he gives his views on the current top ten on the best sellers list. He reviews each book in just a few sentences – short and concise, with strong opinions, sometimes even polemic – and at the end, each book is either placed on the recommendation pile or in the trash.

Sure, it's not a particularly sophisticated or nuanced reviewing system. And one could argue whether a 20-second review can do a long book justice or not. But Scheck's top ten can certainly serve as a rough guide in the thicket of new releases available – and his eloquent yet damning reviews are definitely entertaining.

Could my "groundwork" be helpful for colleagues and clients?

Denis Scheck reads a lot, that's something we both have in common. I too read a great deal – or to be more precise: I have books read to me. I listen to audiobooks whenever the opportunity presents itself. I do enjoy being able to choose what I consume, while the literary critic has to read all sorts of things for his show. I, on the other hand, can tailor what I listen to including only the types of books that I like. And I'm sure it won't surprise you that there is plenty of overlap with my work here at //SEIBERT/MEDIA.

I often find myself thinking: Wow, these ideas and insights could also be really helpful for my colleagues or clients! Or, oh dear, nobody should waste their time reading this...

And so I want to share my own experiences with others. I've had this idea for some time now and had a few different approaches in mind.

Stamp of recommendation or rubbish

At first, I thought about the classic technique of a point system for my short reviews: from one point for absolute trash to ten points for a phenomenal reading experience.

But that would have probably become problematic quite quickly. When do I give four points, when five? What are the differences between book A with eight points and book B with seven? How can I make such a granular evaluation understandable for myself, let alone for other readers?

And so it boiled down to two categories: "Yes, it's worth reading!" or "No, it's a waste of time!"  Stamp of recommendation or rubbish.

In contrast to Denis' TV show, the books I look at won't necessarily be fresh off the press. It's not about reading the newest books but about interesting ideas that stand the test of time. You can certainly find those in books that have a few years on them.

To cut a long story short. Here's the first installment of my book recommendations in no specific order:

Competing Against Luck: The Story of Innovation and Customer Choice

This book could be described as the "bible" of the jobs-to-be-done movement. Clayton Christensen is a well-known professor from the USA who advocates thinking less about product characteristics and more about use cases to then adjust said products to suit these use cases. A well written, entertaining, and interesting book – not just for those in product development. Recommended.

It Doesn't Have to Be Crazy at Work

The Basecamp software and the authors of this book are internet icons – the counter-model to the internet giants financed by venture capital. They produce very profitable and sustainable software and write about why a lot of things go wrong in the business world and how they could be improved. Above all, the book looks at corporate structures and ways to improve them. Very interesting and recommended!

21 Lessons for the 21st Century

Harari analyzes the influence of modern-day technology on the coming years and asks the question of what will happen in the 21st century in light of the technical progression of the internet. However, I think he goes a little too far with his forecasts. It sounds as though even today all jobs are obsolete and automatable. But in reality, automatization is nowhere near as advanced. Nevertheless, his thoughts on the so-called "useless class" are quite interesting. According to Harari, this new class could become a reality if "simple" jobs were to be replaced by technology and the employees affected left without any appropriate work for them on the job market, as other jobs would be too complex.

Unfortunately, the book lacks constructive suggestions and approaches to tackle the problems discussed. The "lessons" might be interesting, but they require a great deal of abstraction and should be seen as more of an inspiration than anything else.  It is sometimes difficult, as Harari's conclusions could only apply if the future were already a reality. In my opinion, some of his other implications are not yet valid. Almost recommended.

This book takes a similar line to Harari, but it's much worse: Shallow and shaped by an ignorance of technology,  the tireless philosopher Precht concocts an apocalyptic scenario, in which Google, Facebook, Amazon, and Apple enslave the world, and Germany in particular. Acting as though everything is heading down the drain is neither productive nor in line with reality, where statistically prosperity is growing. A waste of time that'll put you in a bad mood - rubbish.

The New Digital Age: Reshaping the Future of People, Nations, and Business

A look at the digitized world from the viewpoint of the Google environment – pretty much the opposite of Harari and Precht. This book is quite stubbornly written with a view through the Google looking glass. Yes, it's a pleasing read, and I willingly adhere to some of their views, and you learn some new things about Google. Nonetheless: Vainly singing their own praise is just as useless as divining an apocalypse - not quite rubbish.

The Subtle Art of Not Giving a F*ck: A Counterintuitive Approach to Living a Good Life

A rather good book, which teaches the reader not to take some things too seriously. Manson shows how quickly people get caught up in emotional traps and allow their emotions to get the better of them in certain topics, which aren't necessarily worth the drama. Enjoyable and recommended.

When: The Scientific Secrets of Perfect Timing

This popular science book by Dan Pink is quite an exciting one as it summarizes scientific insights and studies in an entertaining, eye-opening and enjoyable way. It's fun to read, short and sweet, and will create a few aha moments, where you'll learn something new. A real can't-put-down book, where every part is worth it. A must-read - recommended!

Wie sich Menschen organisieren, wenn ihnen keiner sagt, was sie tun sollen (How people organize themselves if no one tells them what to do) 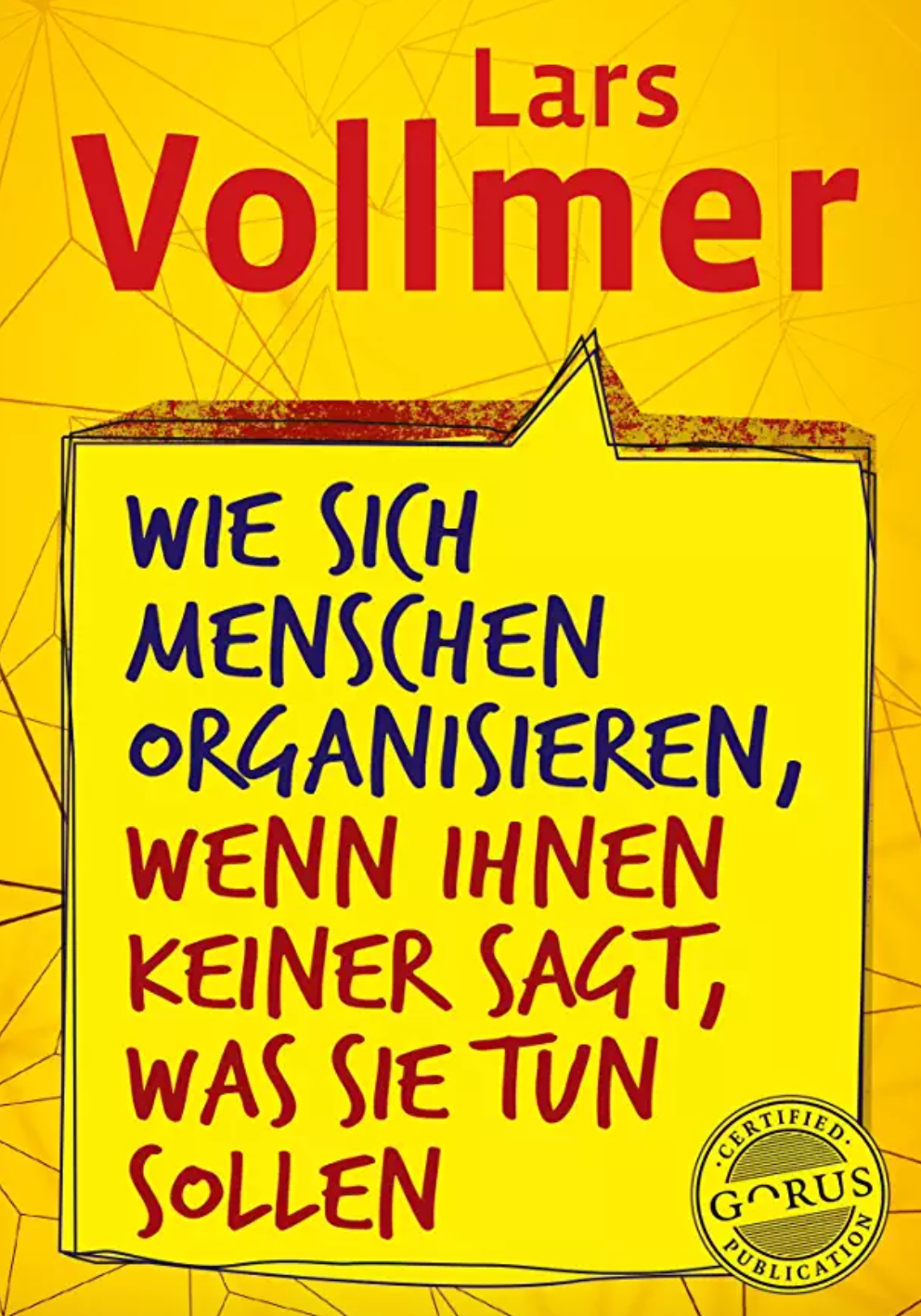 As a German author, Lars Vollmer knows about German culture and the working environment in German companies. That in itself is interesting, as such insights are few and far between. His concise book is inspirational reading if you're thinking about what your own business needs to focus on tomorrow to remain competitive. And this is a question that also preoccupies large and successful companies as today they have to prepare themselves for the emergence of smaller, more agile competitors who can solve customer problems more quickly and effectively. Lars Vollmer uses examples, principles, and ideas to demonstrate what companies can do to position themselves in a more robust and less fragile way. Despite the fast pace and trenchant style, the book is easy to digest, as it points to problems with brutal honesty and argues the case for fundamental change. At the same time, all of his suggestions and principles are practical, realistic, and viable. A definite recommendation for German speakers.

The Antidote: Happiness for People Who Can’t Stand Positive Thinking

"Look at the bright side!" Oliver Burkeman does away with such phrases and takes a more realistic look at difficult and unpleasant situations. It's refreshing and helpful. "The Antidote" offers a perspective beyond the typical American motivational prattle and makes a case for not becoming too emotional or euphoric when you hear phrases such as "We can do it!", "We're the best!", and "You just have to believe in your own luck!" Highly recommended.

Antifragile: Things That Gain from Disorder

This book looks at how many people try to create something robust, for example, a company that never fails. However, rigid, unmoveable, and of course robust walls stand in the way of something that is so important in today's world – that is, the ability to react flexibly to change. Nassim Taleb uses the term "antifragile" as a modern opposite to fragility – something that can't be broken but can adapt easily. "Antifragile" shows that there is much more complexity to the term flexibility that one might think. It's worth taking time to think about - recommended.

So, those were my first ten (and of course 100% subjective) short reviews on mostly useful but also some useless books. All books are available on Amazon and as audiobooks on the relevant sites.

There will be more book recommendations (and rubbish warnings) in part two. I look forward to hearing your encouragement, objections or critique of my critique – leave me a comment on Twitter. 🙂