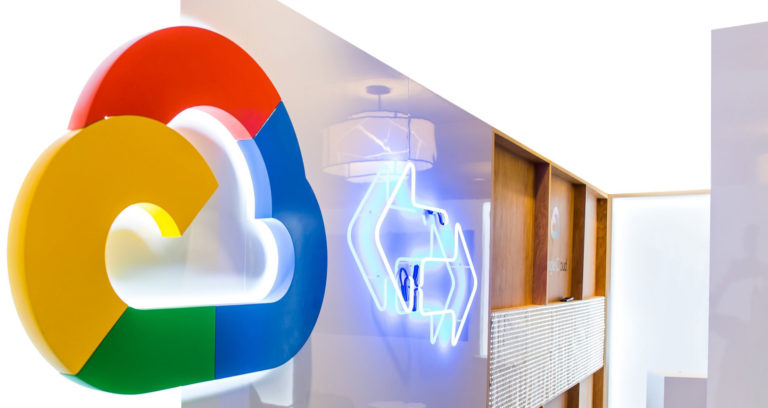 Google G Suite is a wonderful collection of tools to make routine tasks easier. It also includes all components of the Google Cloud platform at no extra cost. And Google keeps its promise on the cloud: There's no need to worry about when, how, or why our services should be running – they just do. This is relevant for the classic application administrator, as it is for the department's macro specialist.

In earlier years, these people would be asked questions such as "Hey, could you quickly write me a macro for this task?" or "Could you please create a form for that and link it for me?" And as the person selected to complete the task, they then had to sit down and find out how the heck to fit these new demands into the company's system landscape, which is already overloaded.

Google Apps Script and App Maker are just two of the many ways in which you can extend G Suite's standard functions. But they both provide a way around the problems mentioned above. They simply run alongside Sheets and Gmail in the Cloud. At the same time, Google Apps Script functions as the common programming language for both solutions. For the most part, that means JavaScript ES5 with a few additional global objects that relate/refer to Google Services.

But if Google Apps Script and App Maker both use the same programming language, what is the difference between the two? The most obvious difference is that App Maker has its own UI building blocks, while Apps Script usually runs in the background or docks onto the GUI elements used in the core G Suite products. But that's not everything you need to know to make a sound decision between the two. You should definitely consider the questions posed below when it comes to choosing which technology to use.

Will the app be available to people outside of your organization?

Apps Script: Apps Script can interact with connected services in the background, while it outwardly requires OAuth2 authentification from users – or the other way around! This high degree of flexibility even applies to shorter scripts that are attached to individual documents. And of course, you can go as far as developing an add-on for a G Suite product with Apps Script. The app would even be given a spot in the official G Suite Marketplace, available to the entire user base and even customers.

App Maker: Apps made using App Maker are inherently closed off to external users. App Maker applications are only available to users in the same domain with the necessary access rights.

How extensive will the app and, in particular, the user interface be?

Apps Script: The word "Script" makes up half of the name for a reason. Apps Script is more geared towards small, less demanding adjustments or Glue Code used to link to other, larger applications. It can, of course, do much more than this. However, as soon as you reach the point where running a background task based on a specific condition is no longer enough, Apps Script doesn't offer much more than the native elements of the surrounding G Suite products.

So if you write a script for Google Sheets, you can add menu elements to the Sheets menu bar and open dialogs within Sheets with one click.

App Maker: The App Maker features a very extensive drag-and-drop UI editor. And the definition mask for data models that require data sources in the background is just as good if not better. If the abbreviation WYSIWYG makes you cringe, don't worry: App Maker doesn't autogenerate code but fills fixed components with values or data bindings.

The fixed schemes required by App Maker makes for a steeper learning curve but ensures that the app is solid as a rock.

What about the users? What do they expect?

Apps Script: Apps made with Apps Script are either invisible to the user and launched automatically (e.g., set to a specific time or triggered by an event), or they blend in with familiar G Suite products seamlessly. Once a user has changed the design of the slide deck in Google Slides once, they will easily be able to change the sidebar of an Apps Script add-on too. They both look exactly the same.

App Maker: App Maker covers those use cases that are far removed from the standard G Suite applications. Apps Script shines when it comes to smaller problems that G Suite almost deals with itself but just needs a little help. App Maker, on the other hand, allows you to create individual, tailor-made solutions to new, completely different problems that may be specific to a single organization.

These kinds of apps give the user a solution that they can use without much training. Moreover, they don't have to look (or feel) like Google or Material Design if this could disturb the user experience.

What kind of data storage will the app use?

Apps Script: As long as an app doesn't require additional app-specific data storage or more data than will fit into a Google Sheet, Apps Script is well-equipped with everything you might need for minimal data storage. For anything that goes beyond this, you would have to build the persistence layer into the app yourself. Aside from the JDBC service, which is also available in App Maker, Apps Script doesn't offer additional support for databases.

App Maker: App Maker can access existing databases using JDBC or HTTP/REST. If the data is stored in GCP (or storage is created especially for the app), Google recommends using its native support in the form of Cloud SQL. The G Suite directory can be used to access user data directly. You can also provide both server and client-side Calculated Models for cases that only require local or temporary data models. The App Maker can handle many different approaches without a hitch, and thanks to technologies such as Cloud SQL, apps can be scaled seamlessly.

As mentioned at the start, both solutions are based on the same technology. Apps Script is clearly designed to run alongside G Suite, while App Maker allows us to quickly cover a broader landscape. Aside from this, both alternatives enable us to realize and implement important automatizations and business development projects at a reasonable expense. The most important criteria for the decision between the two technologies should be the desired user experience, then you can consider any data storage that might be necessary.

Are you interested in using Google technologies for modern workplace collaboration and technical solutions? Get in touch with us if you have any questions or want to know more. We are an official Google Cloud Partner, and we'd be happy to provide no-strings-attached advice on the introduction, licensing, and productive use of G Suite, as well as the planning and implementation of applications and extensions for your existing Google solutions.