2019 came and went, drawing not just the year but the decade to a close. No better time to take a look back at how the year went for the Linchpin Universe.

The year began with teamwork. The Linchpin team went through several voting phases and a subsequent revision of the product development process in the Linchpin universe followed.  Three Linchpin scrum teams worked autonomously, without overlap and we began to organize ourselves using a SAFe oriented, scaled process.

The teams met for the first time to plan the Product Increment (PI) for the next two and a half months in order to consolidate the direction and common goals. We received support from Kegon and through their help we were able to work through the PI planning for a 10-week timeframe. Like with all things new, there was a settling-in period but we took the things we learned and were able to push through.

The foundation for solid teamwork and a great product was laid and we were ready to take on the rest of the year.

Back in 2018, our Linchpin teams had started with the redevelopment of the app "Easy Events RSVP". On the 27th of February, 2019 we released the new and improved version which included new features, a new look and a new name: Linchpin Events 2.0.

The most significant milestone of our efforts was the roll out of the Linchpin Intranet Suite 1.0.  What didn't seem attainable in the previous months was now out there! We bundled all the Linchpin Apps and put them on the Marketplace so that as of the 27th of March, you were able to install everything as a set with just one click. Since then Linchpin Universe has been working on improving the consistency and user experience of the whole product.  On the same day we also released a groundbreaking feature: Linchpin Onboarding with Linchpin Assistant.  It was groundbreaking in that it gave you a way to combine the contents of all the different apps.

The Atlassian Summit in Las Vegas came to an end on the 2nd of April, 2019 and the Linchpin team that was there reported back (so much for what happens in Vegas, stays in Vegas) that several visitors of the summit wanted to know if Linchpin was available as a cloud version.  It became clear after the summit that we had to start looking into this much more seriously. 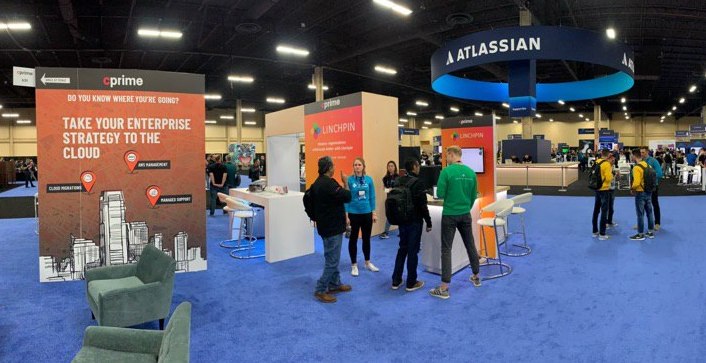 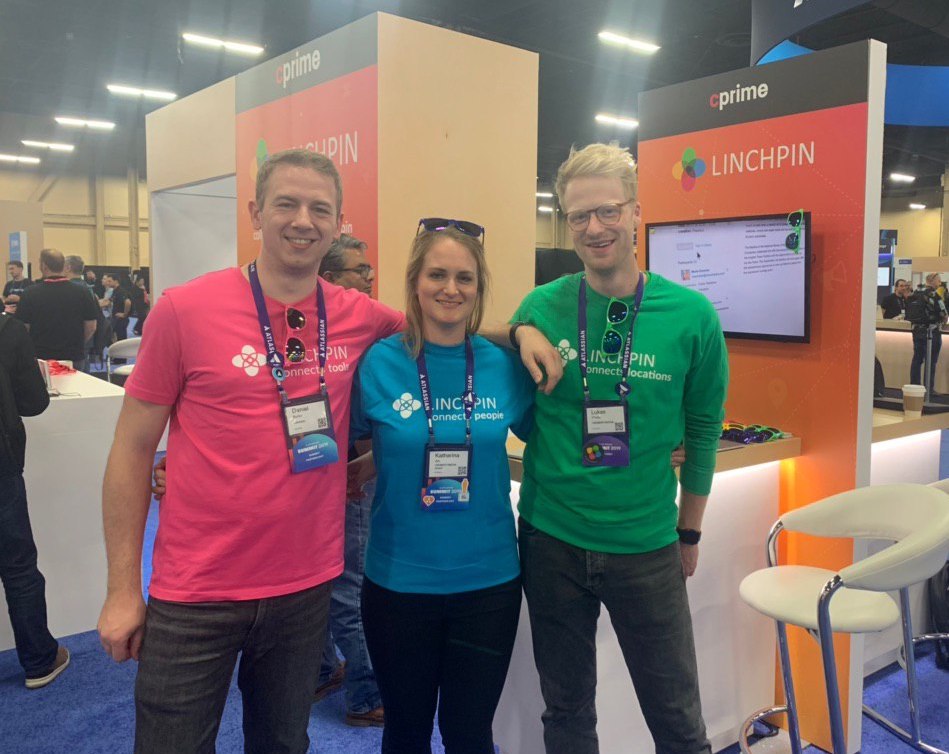 In May the annual AEC Confluence (currently only available in German) took place which at this point, could have been called AEC Linchpin. It was a great opportunity for us as a team to get feedback from you, our customers and to hear how well-loved Linchpin is.

Where the 1st PI at the end of March was more like a collection of sprint reviews, the 2nd PI was something much more. The team was working like a well-oiled machine and we were able to document all the achievements that we had made.

We invited our partners and were able to allow for remote participation which lead to a high level of collaboration and success. 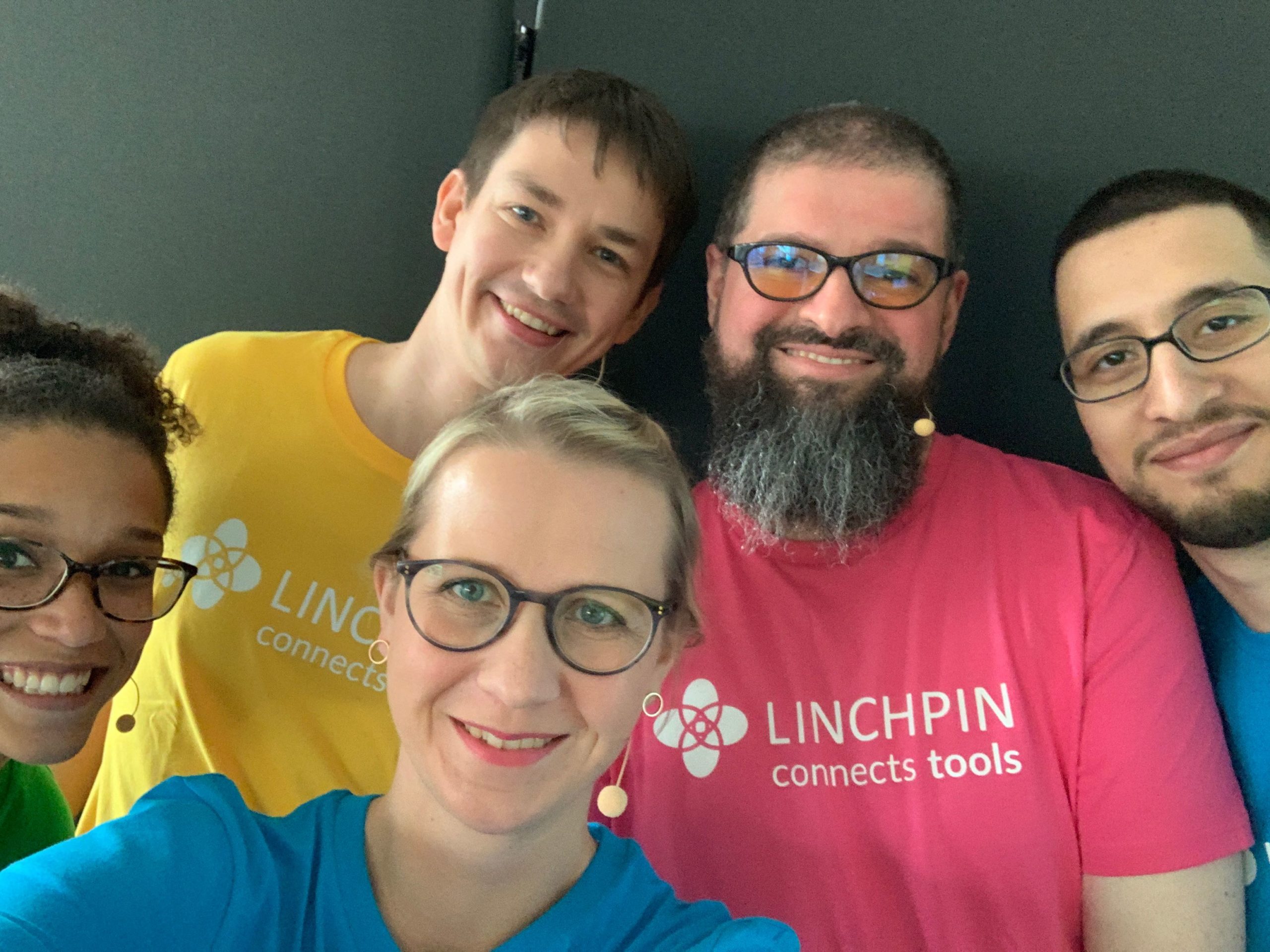 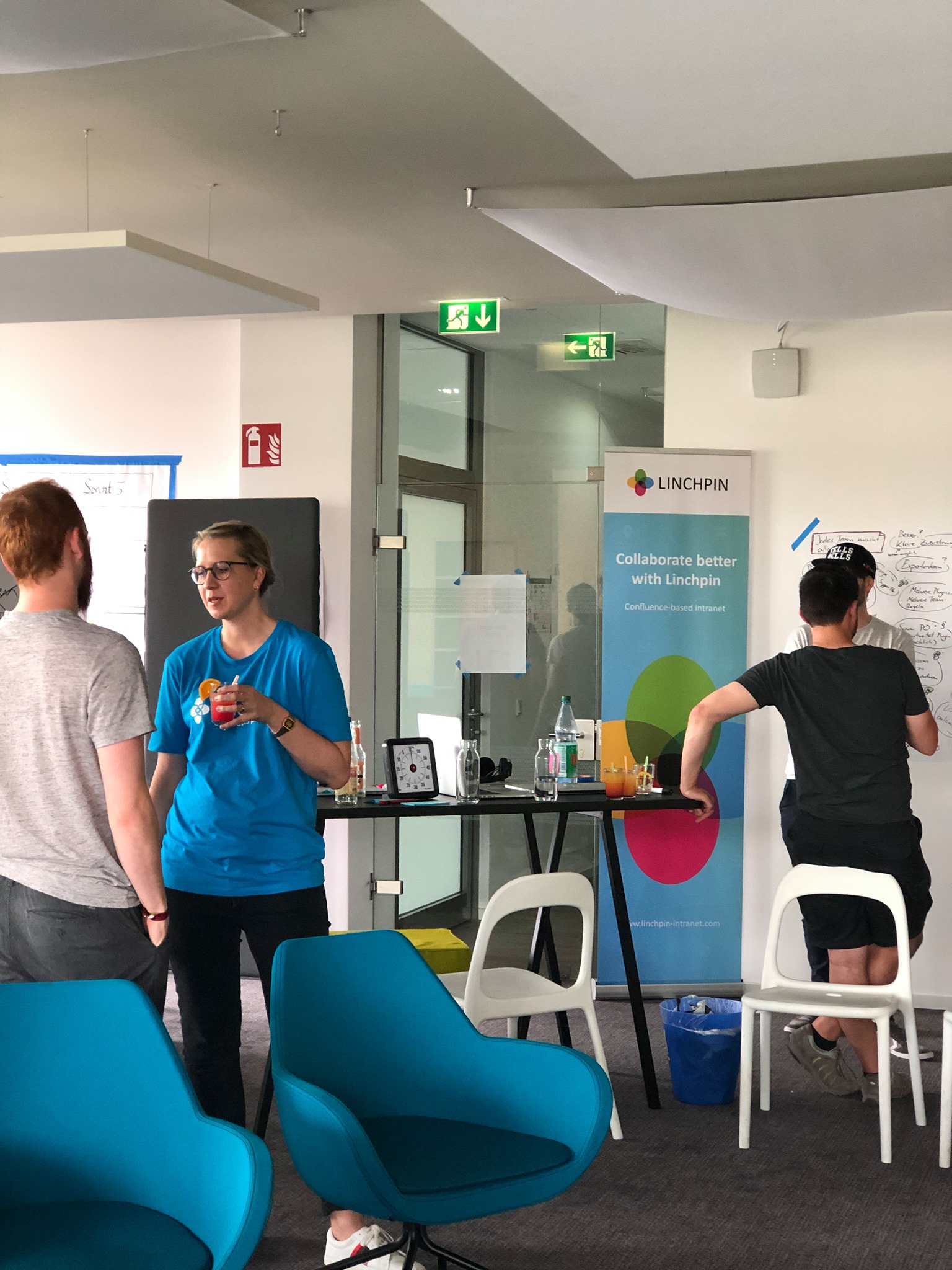 Up until this point, the development team had been solely responsible for the complete administration of the Linchpin product support. We wanted to lighten the load of responsibility and delegate quality control, maintenance and support into a separate team and so the developers could finally just concentrate on their tasks.

Initially the idea of centralizing these tasks to one, separate team was met with skepticism.  However, it was soon clear to everyone what the benefits were going to be and with that in mind, team "Dragonfly" was born!

We began in August with a couple of important releases: The Data Center approved, Linchpin Intranet Suite as well as our very first cloud app, Linchpin Community.

Within the Linchpin universe we underwent an internal restructuring of the team. Team Pink Horizon dissolved and the members were split up into two new teams. Team Falcon was to be the support team for Linchpin Server and Data Center development and Team Halo took over the development of the new cloud-based Linchpin solution.

The new teams were in the process of finding their footing but this went fairly smoothly thanks to the close teamwork that took place in the previous months.

On the 17th of October, 2019 we rolled out Microblog 5.0, now with its own editor. The new version came out with a limited feature set but with considerably better performance. With version 5.0 we also began with Linchpin App Usage.

This release had to go over a few bumps in the road, but we were able to learn and will now be able to move forward all the wiser.

Up until the 4th of November, 2019 there had always been a little piece missing from the Linchpin Intranet Suite. The release of  Linchpin Personalized Content enabled individual page customization & personalization for our users. The feature had always existed but due to a technical issue was never able to be integrated into the Linchpin Intranet Suite. This step made the sale of the Suite much easier.

November also saw the beginning of a new Team Halo review format. Instead of just having the stakeholders present, the team invited interested colleagues so they could also test the current release on their own computers.

The product owner and scrum master were preparing for the 6th PI planned for January 2020. When we look back over the past 12 months and all that happened, we can say that we're really proud of all that we've achieved.

We hope you had a wonderful holiday season and we look forward to even more exciting challenges for the year 2020!

If you're curious, you can book a demonstration with us at your convenience to discuss your needs and wishes.  Detailed information about Linchpin's functions, advantages and pricing are available on our Intranet Suite website.

You can also set up a demo account at our test site in order to test all of the functions live in order to see all the possibilities that are open to you when you use Linchpin Intranet Suite.

Advantages of migrating to the Linchpin Intranet Suite