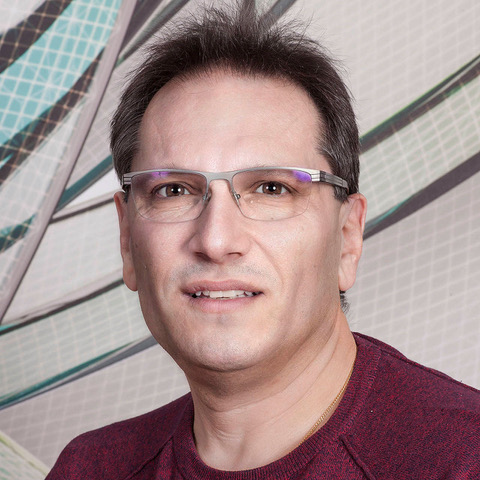 This is a guest post by Claudio Ombrella.  He is co-founder and co-CEO of Digilac in Switzerland.  He was born in Rosario, Argentina, and worked for 27 years in a number of different IT roles at Autodesk, the company that created AutoCAD.
In 2007 he initiated a pilot program with Jira and Confluence for 30 people. The excellent results led to the initiative being continued and the systems being implemented for 8,000 users in the company. Today, Claudio is a certified Atlassian Professional and has already spoken on three occasions at the Atlassian Summit. He is also an Atlassian Customer Testimonial.
In his first years with Jira and Confluence, Claudio worked very closely with Atlassian to continuously improve Jira's performance. This optimization and research results can be seen in his presentation Jira Performance After 300,000 Issues - Atlassian Summit 2012.
Claudio holds a degree in Systems Analytics from the Universidad Argentina de la Empresa and a post-graduate degree in Communication Networks from EPFL - the Swiss Federal Institute of Technology in Lausanne. In 1996 Claudio and his colleague Erne Jonas implemented HTML compression for browsers and HTTP servers. Today all browsers and web servers use this technology.

Claudio can be reached by e-mail or via his LinkedIn profile.

People have always tried to rationalize things to produce more from less and optimize time, costs, and results. This is the ultimate goal of every company - whether small, medium, or large. And nobody can escape it, that's for sure. It starts with the alarm clock ringing in the morning, breakfast. Some of us even still bring our children to school before they continue to the office. Some of us travel long distances by car or public transportation because we all know: Our dream job is rarely just around the corner.

That's how most people have done it for a long time. But in March 2020, the world was shaken by an event that no one was prepared for. A nationwide lockdown to contain the damage and consequences of Covid-19. And this lockdown had dramatic implications for the economy. What happened?

It's all about how leaders think their organizations should be run. They like to come into the office and find everyone at their desks typing on their keyboards and working late into the night. What many leaders (if you can even call them that) didn't realize is that the office is a place to do your work - but not the only one. Worse still, many leaders thought that being in the office was the only way to be productive.

Being productive means first and foremost that you are responsible for doing your job well - and that can be done in the office or at home. Of course, not all jobs can be done from home. An electrician or a surgeon must be on the spot. But for those of us who work in the service and software industries, the office is any place in the world where we can produce work results. It doesn't matter if we are sitting under a palm tree or at a desk. I am so convinced of this that I would like to tell my personal story.

Let's go back to 2009, when I had already been working for the multinational company Autodesk at our Swiss locations for 18 years. In March of that year, the company invited me to become part of a newly formed group: Build and Release Engineering under the leadership of Kurt Chase. Kurt is based in the California office while I am in Switzerland. Our time zones are nine hours apart. This means there are not so many time slots a day when we can talk to each other. But that's not a problem for us. While Kurt commutes to the office in the morning on the highway, we talk on the phone. Once a week, we have a formal meeting to evaluate and plan our project goals.

But there is a catch. Kurt and I had never had the opportunity to meet face-to-face before, and 2009 was, as we remember, one of the most challenging years after the 2008 mortgage crisis. Travel was very limited for us, and a typical team meeting was simply not possible.

Nevertheless, the collaboration between Kurt and me went like clockwork, all via phone or Skype. But one day in August 2009, Kurt asked me a question: "Hey Claudio, can I ask you something? If you don't want to answer, that's no problem at all".

"I have the feeling that your voice doesn't sound like Claudio's voice today, and that tells me that something is wrong. I hope it's nothing really serious."

So I told Kurt about the news of the week: Our disabled son Fabrizio would not be accepted at the desired school with the other children. Kurt was very concerned and asked me about our options.

"We know that in Italy, there is full integration for children like Fabrizio. The only chance would be to go there, but then I will need a new job".

At this point, Kurt said: "Claudio, you can work anywhere in the world, wherever it is good for Fabrizio's education."

I was stunned. When I came home, I told my wife about the new developments.

From mid-September 2009, Fabrizio went to an Italian school, and from September to June, I worked alternately two weeks in the Autodesk office in Switzerland and two weeks from home in Italy. This is how it worked until he finished elementary school in 2014.

During this time, I worked with my colleague with the same (or maybe even a greater) sense of responsibility to deliver my performance. Those were the years of a radical collaboration project at Autodesk, during which I scaled up Jira and Confluence from 30 to 8,000 users. During that period, I consistently received excellent performance reviews and yet was out of the office for two weeks a month.

The level of trust that a leader places in his or her employee makes that leader even greater because, in doing so, he or she sends a message that goes beyond the mere call of duty. The message is: "You are capable of doing it, and you will do it exceptionally well! This gives us such empowerment that we could uproot trees.

In the years that followed, I repeatedly heard from friends and ex-colleagues working in companies where home office was "not an option." And now a 100-nanometer virus called Covid-19 is teaching all the executives in these organizations the lesson that it can be done and that they could have done it years ago - just like Kurt did. We need more leaders like him, and many leaders should learn from him.

Let's not let a virus teach us lessons. Let us learn them better from real leaders.

Read this article in German