It's been a long time since the Rolling Stones were telling people "Get Off of My Cloud", and times have certainly changed; nowadays, we move more and more "into the Cloud". But what seems so simple for people privately can cause quite the headache in a professional context. Especially when it comes to sensitive topics such as data protection or information security in general. And so it's not surprising that in many countries, many companies that are considering moving their operations into the Cloud are hesitant at first. Questions about topics like security and performance weigh heavily on the minds of the decision-makers.

These concerns are understandable, as there have been repeated discussions and negative examples in the past. Reason enough for Seibert Media to take a closer look - and to do some "myth-busting"! Because many things you might think you know about the Cloud are not accurate (anymore). And one thing is clear: the future is looking up!

So join us in a journey into the clouds and read in our fourth article in our "Cloud Mythbusters" series how change management works in the Atlassian Cloud (which, by the way, is not limited to the Atlassian Cloud!). The other articles will deal with the following topics:

In every blog article, we'll get to the bottom of each myth together, and we'll see what's left of them afterwards… And now: enjoy reading and "busting myths"!

In our previous article, Bye-Bye Server Apps - Hello Cloud?, we touched on “fear of change” as being a big reason for many of those myths. In this blog article, we address concerns companies may express towards migrating to the cloud.

It is important to note here as we get started, that traditional change management, with all its clunkiness and limitations, is not safer or more secure. This is in comparison to more agile practices that come with moving to the cloud.

During software development, change management is the methodology and tools used to track changes to code and requirements. This involves everything from managing change requests, reporting and fixing bugs, to storing source files and other related assets.

With that being said, let’s explore the top three myths about change management in the cloud.

In days past, changes were controlled - or at least there was an attempt to - using Change Advisory Boards (CABs) along with extended approval processes. The thinking then was “more approvals must mean safer releases” regardless of how much this slowed down the process. However, it’s not the number of approvals or the complexity that improves performance, it’s the features, flexibility, and customization.

"The truth is that most of us don't really need a six-layer approval process and mothns of back-and-forth with compliance approval boards... What we really need is some simple checks and balances."
Guy Herbert, Risk Futurist at Atlassian

Change management via Atlassian cloud offers two key features: sandbox and release tracks. Available for Premium and Enterprise subscribers, this combination of features puts users in greater control of rolling out product changes. Sandbox allows them to prepare and test before releasing features, bundling all the changes, and controlling the release schedule. Release tracks then pick up where your work in sandbox leaves off, letting you control how and when these changes are made available.

Sandbox is an isolated domain in the Atlassian cloud, allowing developers to extensively test and experiment before rolling out changes to the actual production environment. It’s here that you can truly see firsthand what features may look like and how they’d react before introducing them to customers. Administrators even have the ability to migrate production data to the sandbox so they can get a real feel for how new features will work, without impacting their live environments. Nothing improves performance like extensive testing and refinement and sandbox is your opportunity to do so. 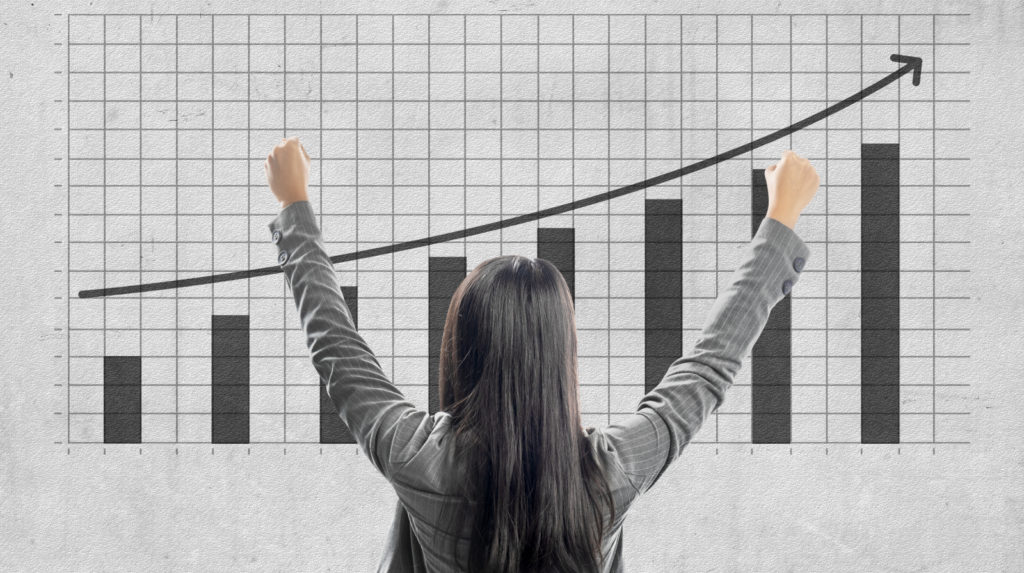 The virtual baton handoff then occurs from the sandbox to release tracks. Once a sandbox change has been completed and approved, you’ll want to allow time for educating users. This occurs before the changes roll into the production environment so users aren’t blindsided. You control how and when changes are released, giving a more structured timeline for your users to acclimate to and keeping them informed. A sandbox can also be combined with release tracks to preview tracks, testing changes in a safe manner.

Additionally, there are templated track options developers can use to direct the final release to production:

Change logs are also offered in the Atlassian cloud giving awareness to any upcoming changes.

To note, according to the State of DevOps Report (2019), teams with traditional change management processes, which typically are slower, are 260% more likely to underperform their agile counterparts. If you’re looking for a bump in performance during the change management lifecycle, you can find it here in the Atlassian cloud.

Myth #2: SaaS companies release too many new features without notice

This statement is partly a myth in that if you remove “too” and “without notice”, well then you’re simply speaking the truth; “SaaS companies release many new features”. There, we fixed it.

As Atlassian is constantly on the move - testing, improving, updating, and releasing new features - meeting user needs and expectations for a robust and secure experience are always critical. The costs for a slower release schedule bogged down with an excessive approvals process, can be staggering. If your business experiences an extended downtime due to a security breach, you could be looking at a cost anywhere between $5,600 and $9,000 per minute.

Those costs don’t include any issues you could face if your systems fall out of compliance with the various legal requirements in your industry. As you probably know, updates to compliance requirements can change often, and relying on the traditional schedule associated with CABs could create real problems for your organization.

And some may not consider the following reality. Smaller, more frequent, consistently scheduled updates allow your teams to more easily adjust to that type of release schedule versus larger, infrequent updates. It also is worth mentioning that those types of releases can inadvertently include more bugs, bugs that won’t be addressed until the next long-term release schedule.

If those don’t give you pause, consider also the costs associated with your competitors, those using more agile practices, as they outpace and out-innovate you. Enough said.

Myth #3: It’s easier for my users/teams when we control the updates

Imagine this scenario; your favorite car manufacturer introduces the latest model with the steering wheel in the back seat, your passengers seated in front of you, everyone enters and exits through one door, and you now drive in reverse using a set of mirrors to guide you.

That may be an extreme example, but the point being your customers and users adjust more easily to smaller, regular changes than drastic ones that often seem to appear out of nowhere.

On-prem scenarios often overload users all at once with a large number of updates or enhancements. Small changes allow everyone to adjust more easily and quickly than relearning an entire system. With the incremental, phased approach of Atlassian Cloud, making use of sandboxing and release tracks will give you greater control of updates vs. traditional CAB’s and an on-prem solution.

Additionally, the following graph indicates the top responses for benefits customers were seeing as a result of a move to the cloud on Atlassian. 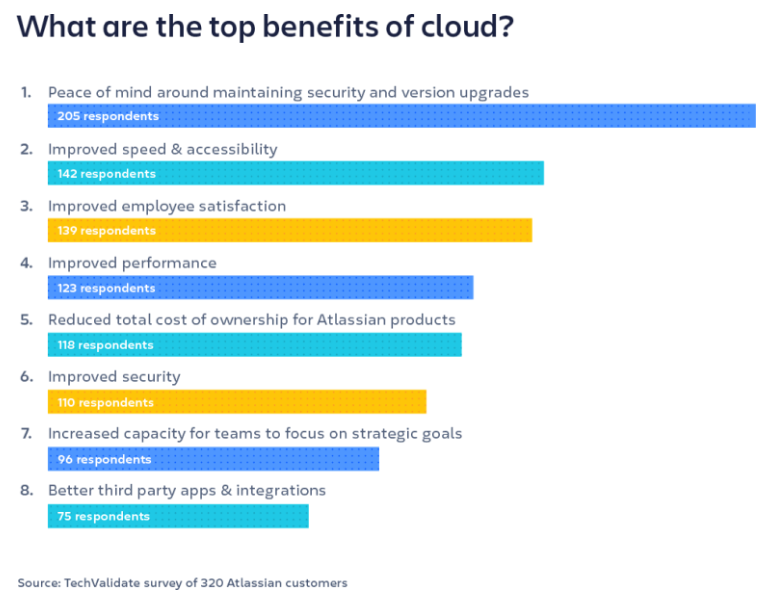 "Since we moved to the cloud, our internal IT tickets habv been cut by 50%. Instead of dealing with bugs or admin requests, I'm mostly hearing about new apps and features our users want to add, ultimately helping them do their jobs better and provide more value to our customers."
James Seddon, Senior Tools Administrator at Igloo Software

As always, if you would like to try Atlassian Cloud or have any questions, please feel free to reach out to us at Seibert Media.