The harshness of winter, the cold gray skies, and frigid temperatures can often cause us to lose focus, slow our pace, and often make us feel just so-so. Apparently not for our Development team. They’ve been busy, hard at work implementing some great new features and functionality.

We start with a look at Feature Highlights from this most recent release, the Sneak Peek for a look at the road ahead, and finally the Monthly Review. Let’s get started!

In a brand new feature just added, Health Check automatically does the work of identifying configurations that are missing and must be addressed for Agile Hive, specifically an Agile Release Train (ART) and its Teams, to function properly.

If you’ve ever stepped away from your projects only to return and discover a Sprint has suddenly appeared in either the Backlog or Active Sprint view, this one's for you. Now with Sprint Labels, you’ll know exactly where it came from.

The Breakout Board (BB) received some extensive attention in this most recent release, adding four feature releases. First, you can now edit issues directly in the Breakout Board, with no additional screens to navigate through.

Second, the header is now locked in place. Scrolling does not affect your view of the headers, they are now always visible.

Next, with the click of a button, you can easily switch between a one-line (Compact) and two-line (Extended) issue layout view.

Finally, column widths can now be quickly and easily adjusted making your view of the Breakout Board much, much simpler.

In an effort to consolidate information and make it more readily accessible, our Developers performed a Field Overhaul for the Program Increment (PI) and Teams Involved fields.  Located on the Agile Release Train’s (ART) issue screen, these two fields now auto-calculate and display increments and teams in purple. These calculations are the result of linked issues and the plan’s start and end dates of the respective ART issue. 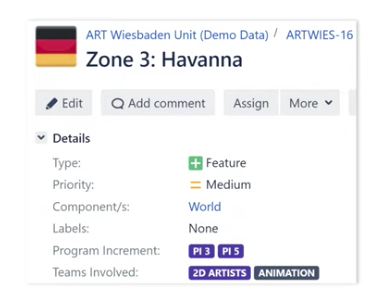 And finally among the Feature Highlights for this most recent release, Program Increments (PIs) can now be easily deleted. The logic will then ask the user to indicate whether the corresponding Sprint should be kept or also deleted as a result.

Now, let’s move on to the Sneak Peek.

This will be available in the Program Reports and includes Burn story points, Scope Changes, as well as the Forecast.

Included in the Program Roadmap, this new feature makes use of blue flags on the timeline graphically indicating program Milestones.

Also included as a new feature in the Program Roadmap within your Issues, the Progress indicator in combination with the today marker, generates a report comparing overall progress and speed.

Every four weeks, we at Seibert Media provide an update of the current state of Agile Hive, along with a preview of upcoming features. We also allow the opportunity to exchange ideas with us in real-time. There are parallel reviews provided for both our German and English speaking audiences and you can sign up to add these to your calendar: 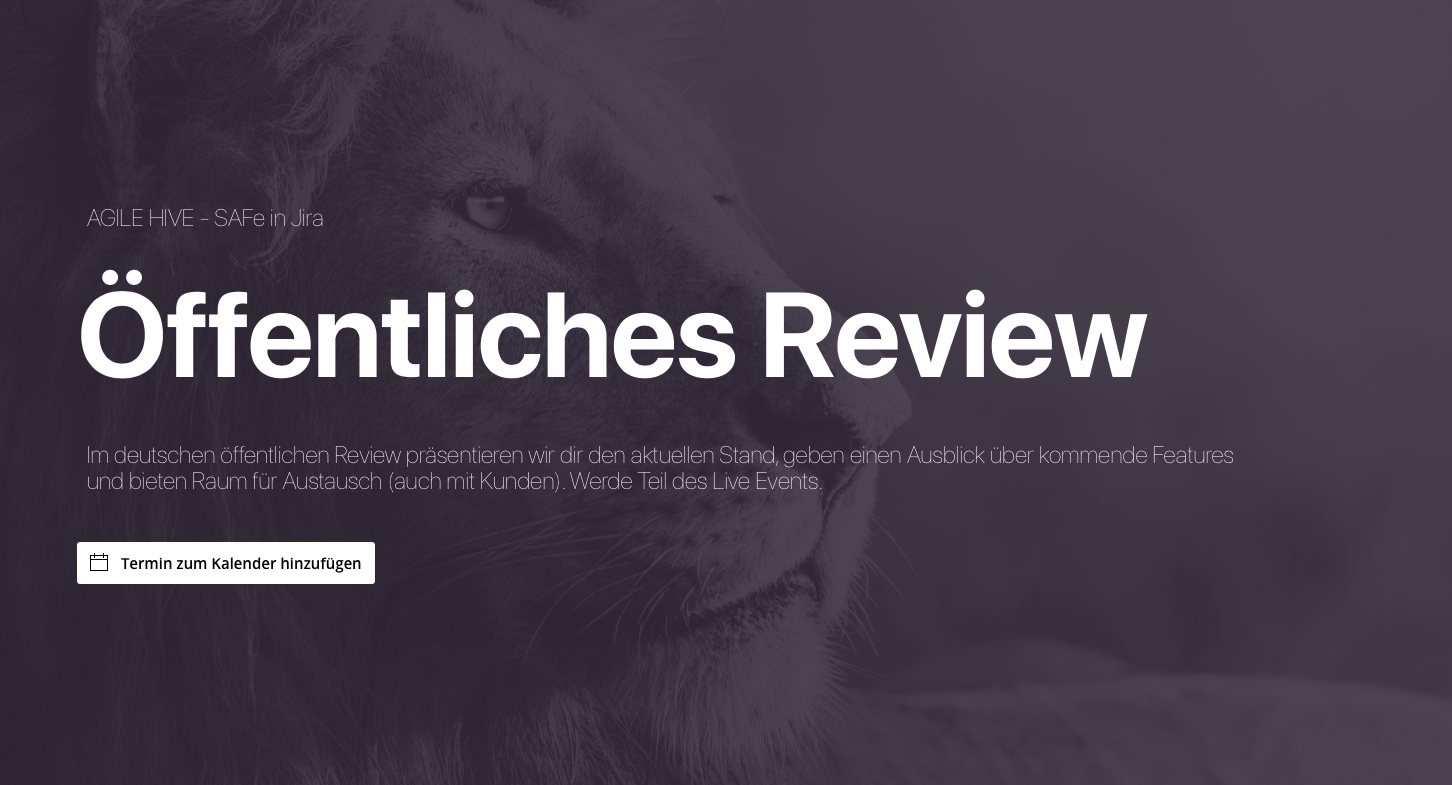 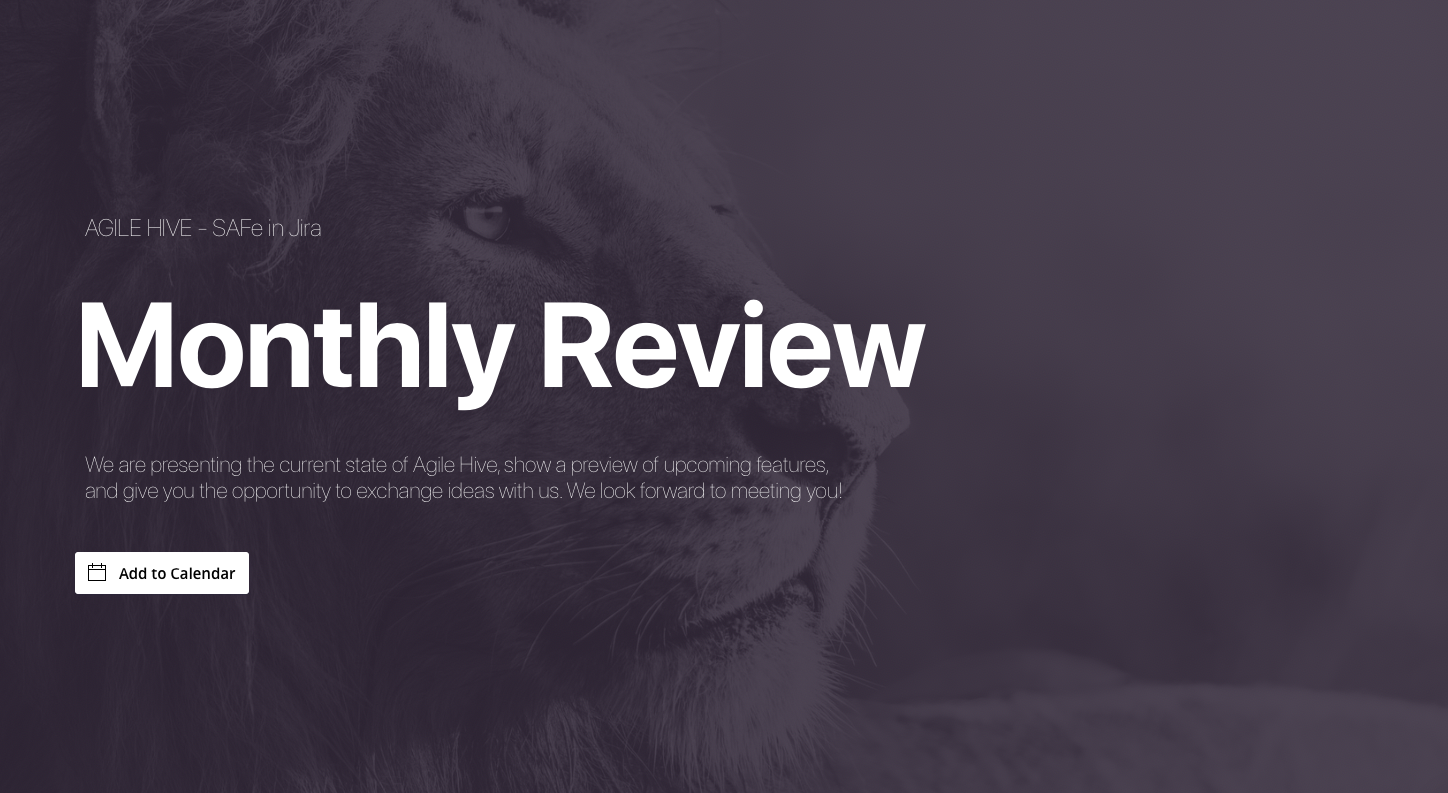 You can also find our Update-Video here:

That’s all we have for you this month. We look forward to “seeing” you in February 2022!