The buzz and noise of employees chatting as they passed each other was a very normal and common occurrence walking through the Seibert Media offices in Wiesbaden. One could get a piping hot coffee from the kitchen, grab a fresh ripe banana to snack on, step outside onto the terrace to work or breathe in the fresh air, and comfortably partake in team meetings in one of the beautifully decorated quiet spaces. Working at Seibert Media, this was a norm, for many it was part of their daily routine.

As the pandemic rapidly spread, the world gradually went into lockdown. Quarantine was something of a stark change for many people whose routines where upended and for businesses who needed to quickly adapt so their work can be done remotely online. People found themselves stuck in their homes - some with their partners, kids, pets, parents, and others even alone. Some of us had home “offices” while others worked from the couch or kitchen table. Thrusted into this online environment, many colleagues felt disconnected, despite being virtually more connected than ever before. The lack of physical interaction meant it was no longer possible for causal run-ins between colleagues or quick hellos when passing by desks or grabbing a coffee in the kitchen. To strengthen online social interactions and to reinforce a feeling of belonging, Seibert Media organized some pretty special events. Let’s check it out!

As the pandemic hit towards the end of 2019, one of the first online events held was to celebrate the new year 2020. Seibert Media organized an online party, and you can bet åwe had people dancing on their webcams. Employees were given "presents" that included a white candle, berry fruit smoothie, soup, nuts, mini Santa Claus chocolate, Gingerbread cake, tea, etc. Boy, that chocolate was delicious and that tea was packed with rich cinnamon goodness. Definitely brought a sweetness to the New Year! 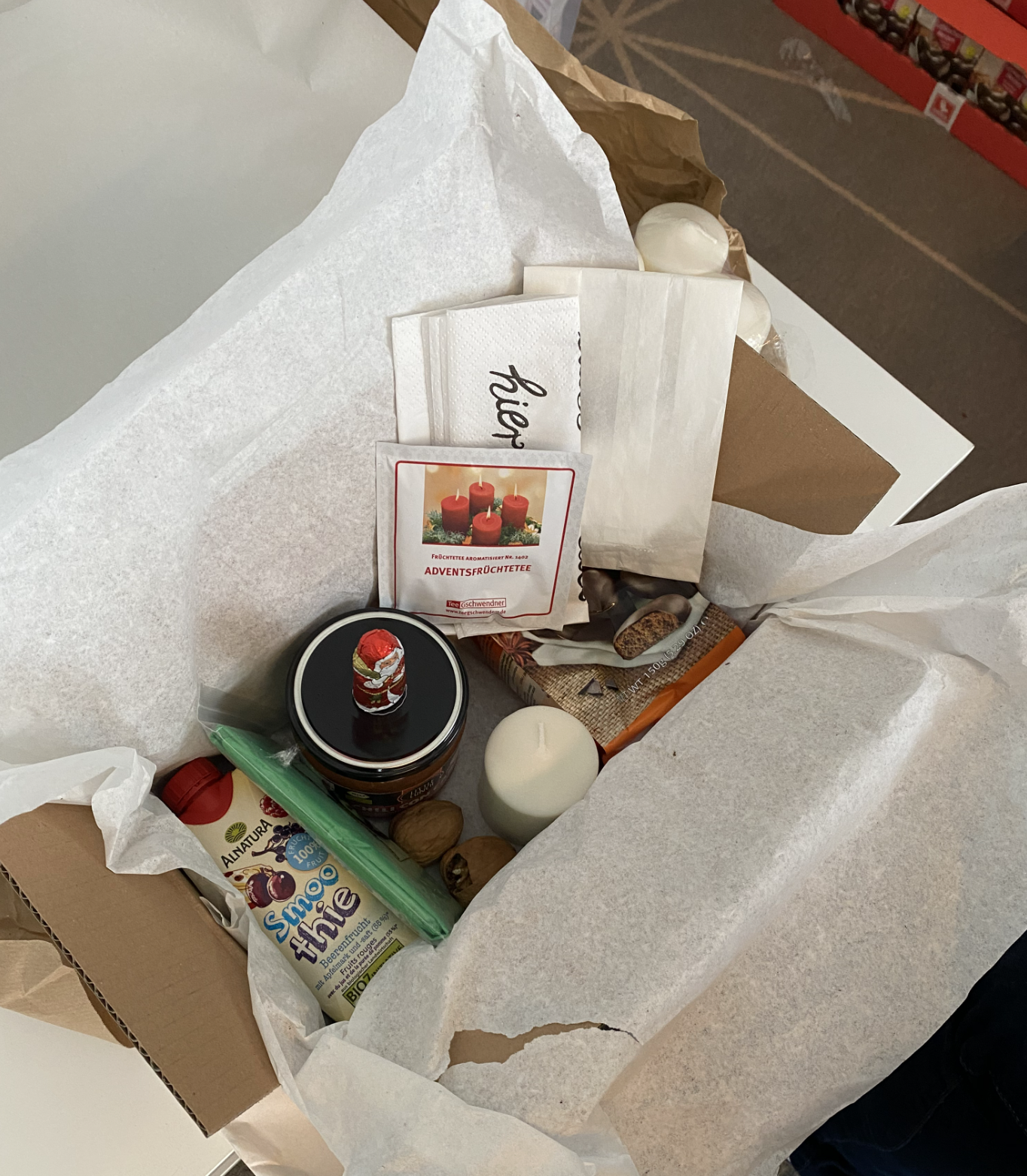 Yes, it seems a bit impossible to have run and virtual in the same scenario, but we did exactly that: a virtual charity run. Before the pandemic, Seibert Media took part in the Charity Walk & Run in Wiesbaden every year. However, with the official event being canceled in 2020, we at Seibert Media decided to host our own event in September. At home, colleagues signed up and pledged to run (or walk) however many kilometers… 1, 2, 5, 10, 20 - whatever amount they wanted!  Depending on the distance run, Seibert Media donated a proportionate amount of money to the charity of our choice. As a company, we selected the Bärenherz Foundation, a hospice in Wiesbaden which cares for terminally ill children and adolescents. In the end, we raised over 500 euros.

2021 - A little longer than we thought possible

Lockdown running longer than anyone could have anticipated, our New Year’s party for 2021 was hosted online in February. Over 130 participants took part in this gathering. To spice things up, we took everyone to the country of pasta, amore, wine, and gelato…Italy! Passengers aboard on this trip could “fly” into 10 different Italian cities. Each person received a postcard letting them know their travel destination (for example: Rome, Venice, Milan, Florence, Cinque Tierre, etc.). As a full disclaimer, no one  actually flew to Italy, but to create the environment and ambiance, colleagues received gift packages full of Italy-inspired goodies. This included gummy pizza, pesto, a tartufo dessert, sun cream, Grissini, pasta, etc. Also, people had the choice between red wine and grape fruit juice to drink.

Starting the event, passengers traveled virtually to their Italian destination. There, travelers met virtually, chatted and played icebreaker games via Miro-board, Google Meets, and the program Wonder. Also, everyone cooked pasta together with the ingredients sent to them (and a nice bottle of Chianti to "wash it away"). 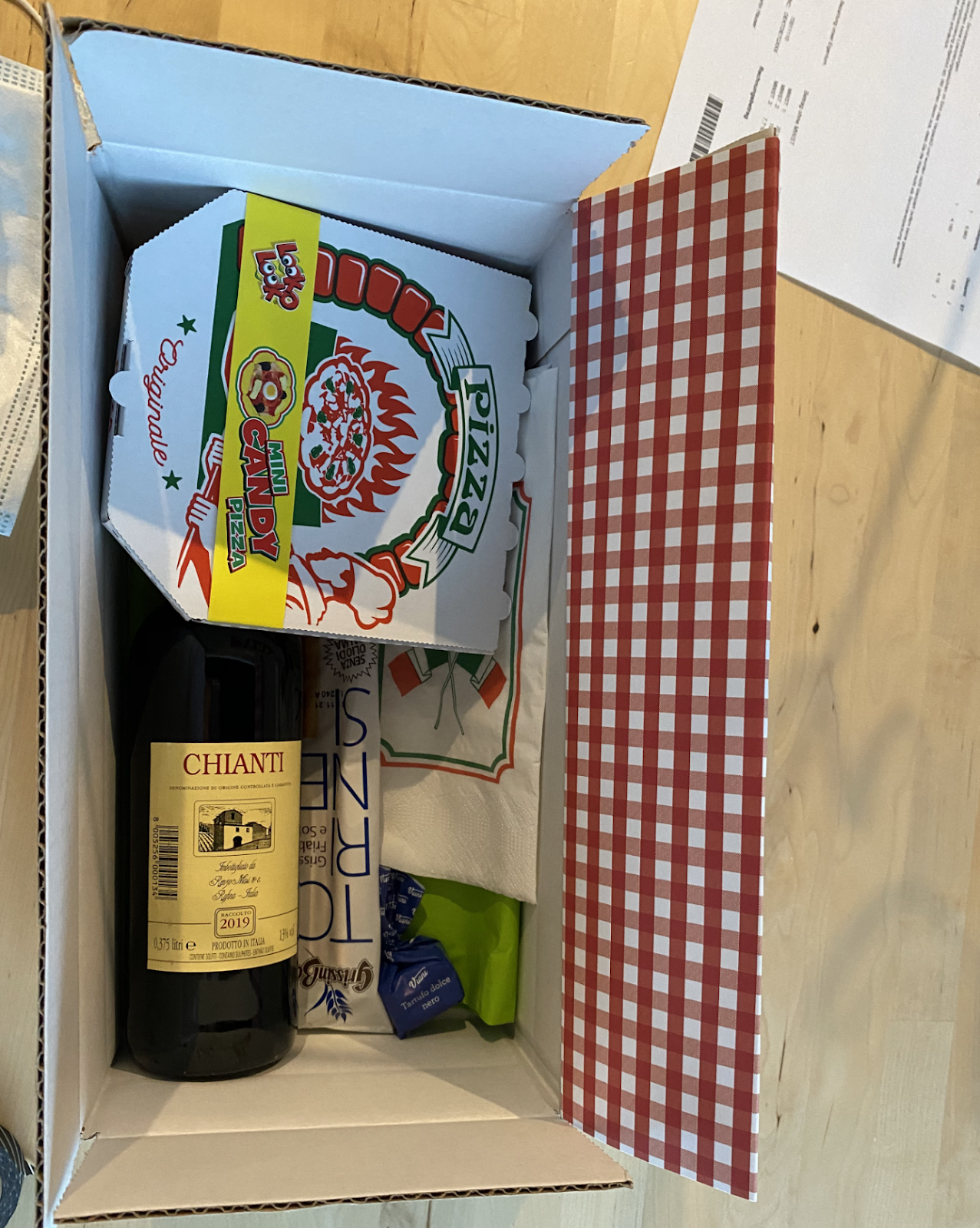 Everyone together - more things we have done

The crisp dark long winter nights slowly started to turn brighter and warmer as spring and Easter welcomes in the month of April. For Easter 2021, all employees at Seibert Media received a cute card in the post with a pack of wildflower seeds inside. Hopefully, we could put a smile on everyone's faces as they step away from being stuck inside to breathe the fresh air outside and plant their seeds.

For AEC 2021 Linchpin and Cloud EXTERN, we sent packages containing nuts, juice, porridge, and a notebook. Also, on team day some teams got together and had a creative fun time. For example, Team Google met virtually for a wine-tasting event. The HR team (or should we call them Team Detectives 😉) organized a dinner where participants had to solve a crime.

Restrictions are slowly lifting, and employees are trickling back into the office maybe once or twice a week. But most are still working from home every day. Hopefully, in the next months more and more employees will continue to join in the office as they feel safe to do so. In the meantime, Seibert Media is still organizing events so that colleagues feel cool, comfortable, and have fun working together. For example, this year during the last weekend of May, we organized our remote charity run again!

These are a few of the major remote events we at Seibert Media have organized and participated in within the past few pandemic years. Over these two years of transitioning from in-person to remote work, we see old colleagues still maintain close ties, new colleagues successfully integrate into the company, and overall the close, hard-working, and fun company culture remains.

So, despite the changes these two years have brought - we are still us. And we will continue to be as we slowly come back full circle with people going back into the office to work. Of course, people now haven't seen each other physically for quite a while, so there are also quite a few initiatives to get together outside of work. Recently, our employees booked a table at a local wine event and 50+ people got together after work to enjoy each other's company the old-fashioned way! And because face-to-face contact is so important (much of which we have missed these past years), the company paid for the drinks!' 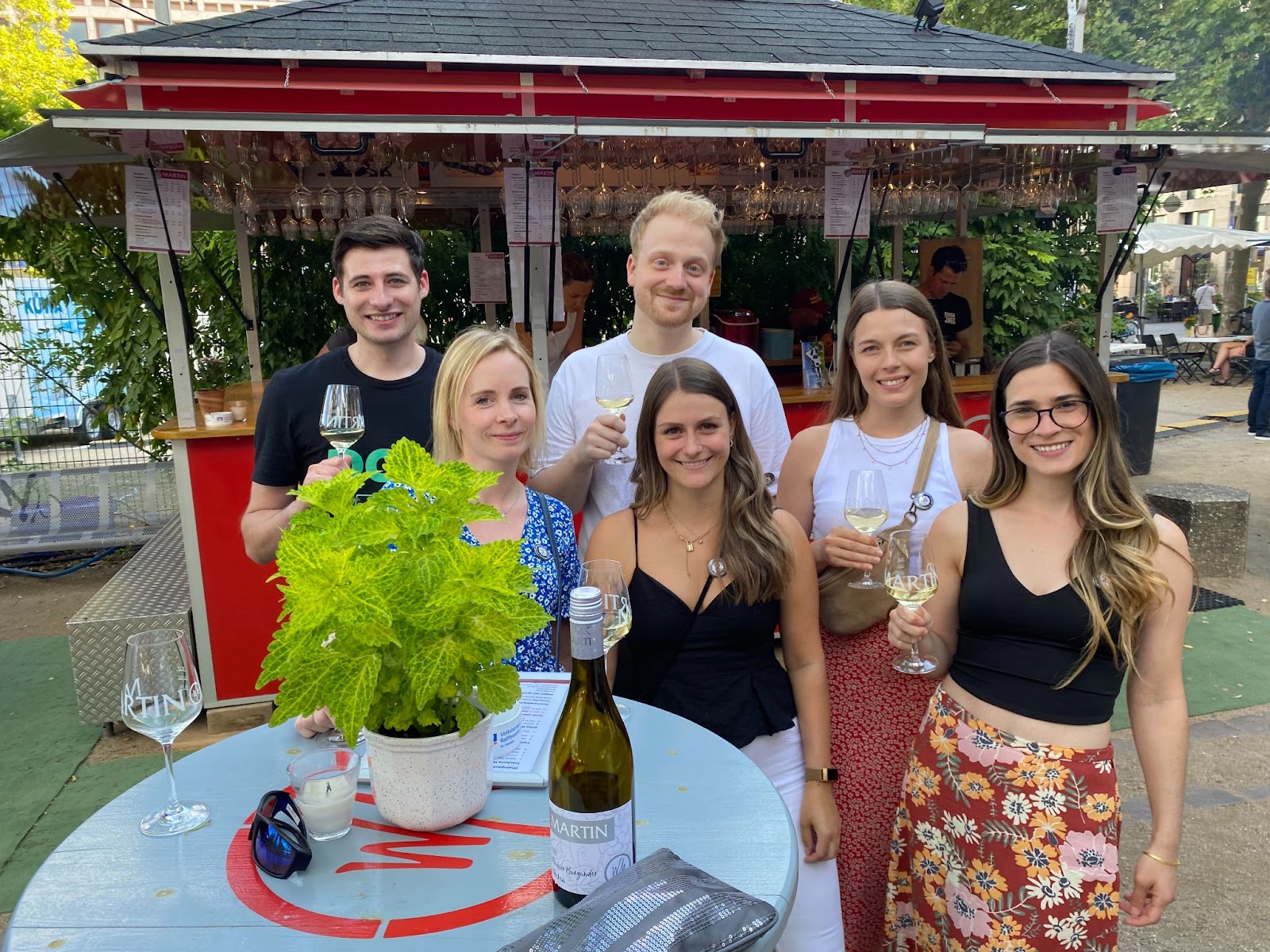 Would you like to be a part of Seibert Media? You can check out our German or English job openings here. You can also send us an open application on our job portal in English or German.