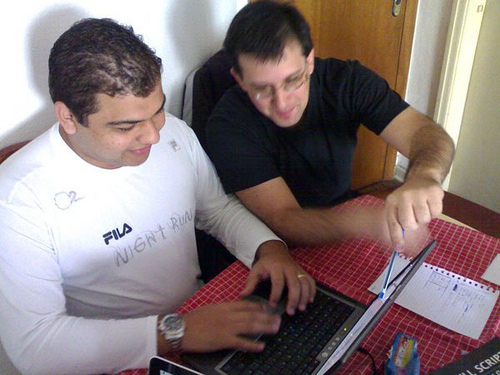 In agile software projects, it goes without saying that the developers work together. Scrum is, after all, based on teamwork. In most cases, however, each programmer works alone in front of their screen. The concept of pair programming is different because it pairs up two programmers who then together work on the same task, taking turns who sits at the keyboard. Customers unfamiliar with the pair programming idea might think this is some sort of job creation program: Why should we pay for two developers to work on a task that one programmer could do alone? This would only make sense if it cut development time in half, but that is most certainly not the case. No, this is indeed not the case. But how does pair programming benefit customers then?

Thumb up Thumb down